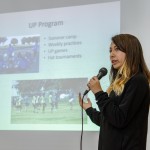 A dynamic multicultural group of 20 youth leaders from the Middle East visited the USA in April… sharing their experiences and insights as emerging leaders within Ultimate Peace programs and in their communities. The annual Friendship Tour offers the rare opportunity for US audiences to meet and interact with exceptional and diverse teenagers from the Middle East.

Since 2009, Ultimate Peace has built bridges of friendship, understanding, and leadership among hundreds of young Muslims, Jews, and Christians in the region, using the character-building sport of ultimate as its tool. One of the fastest growing sports in the world, ultimate prioritizes sportsmanship and requires conflict resolution, as there are no referees. Ultimate Peace’s groundbreaking program optimizes this unique dynamic among Arab Israelis, Jewish Israelis, and Palestinians from the West Bank .

The Friendship Tour arrived in Washington, DC on Wednesday, April 6 and continued to Denver by Wednesday, April 13. The teens met and spoke with Americans in homes, schools, and places of worship; they played other high school teams in the sport they love; and they visited important educational and historical sites. 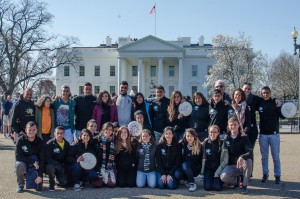 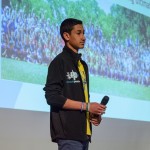 Some numbers from the Tour: 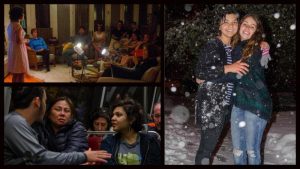 The two junior staff, Noa and Yasmeen – themselves graduates of UP’s three-year leadership program – reflect the greatest transformation possible through UP and their struggle this year on the Tour. These two staff had many tasks assigned to them for the 2016 Friendship Tour: recording a live video update every day for Facebook, preparing a “TED Talk” to give to one special audience, running hour-long reflections for LITs about their ongoing Tour experience, and liaising between UP and host families. Nearing the midpoint in the Tour, both junior staff expressed how they wanted greater support, role clarity, and harmony within the Tour staff.

So, during the group’s retreat in Louisville, CO, despite spending much of the day working with LITs, Noa and Yasmeen participated in two staff-only meetings. The first featured an emotional conversation about how we appreciate and depend on each other. We also aired how we sometimes disagree, and what happens when our conflict styles differ. We finished the retreat with dinner together, with plans for both communicating better and improving our coordination over the remaining days. Overall, LITs and graduates of the program continue to impress the world… The Friendship Tour 2016 was just one avenue for that.