Today’s lesson is to try to define truth. The peace-makers often say “my truth” and “your truth,” but can truth also be objective? Depends on who you talk to (or whether you choose to talk at all)… 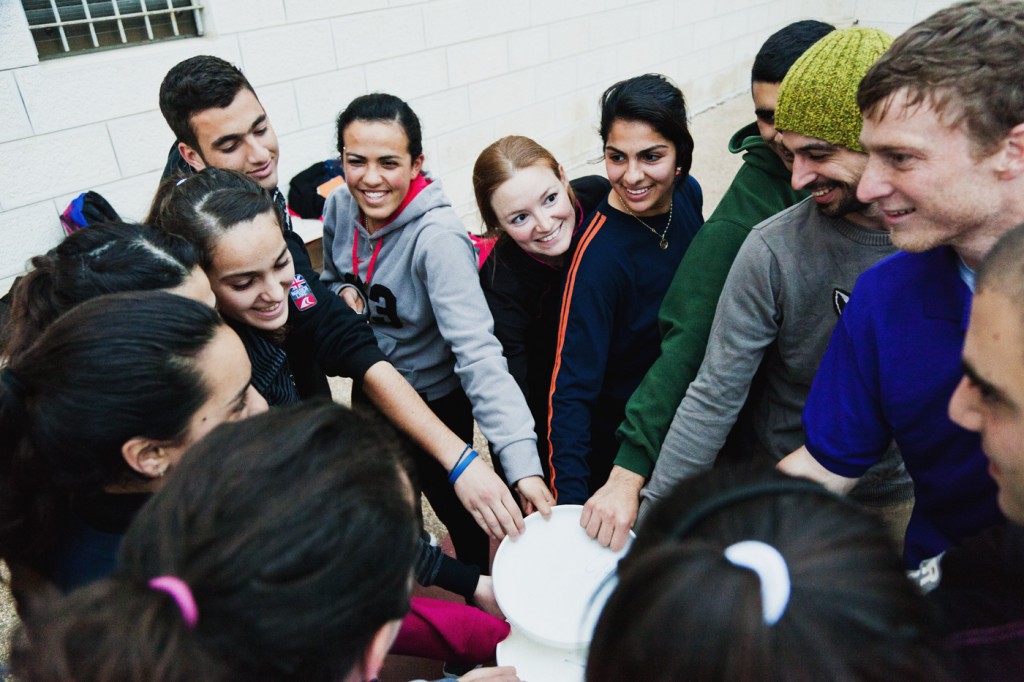 I have crossed the Wall. (Kind of like in Stardust, except sans Robert De Niro in a tutu.) As a non-Israeli citizen, I am allowed to cross into the West Bank at my leisure. (Actually, anyone can cross in – it’s getting back into Israel that’s the issue.) Four of us Ultimate Peace coaches gathered for the first formal practice in the West Bank in about a year. The kids had been practicing on their own for a while, but UP now has a volunteer, Ben, who is helping to coordinate more consistent programming. (Incidentally, this guy actually played for my club team’s rival based out of Atlanta. Small world!) On the drive, my fellow coach and new friend Johanna and I tried to recap the West Bank’s history – piecing together which Intifada did what and elected whom and was recognized by which countries and how all that relates to the current political state of Palestine. 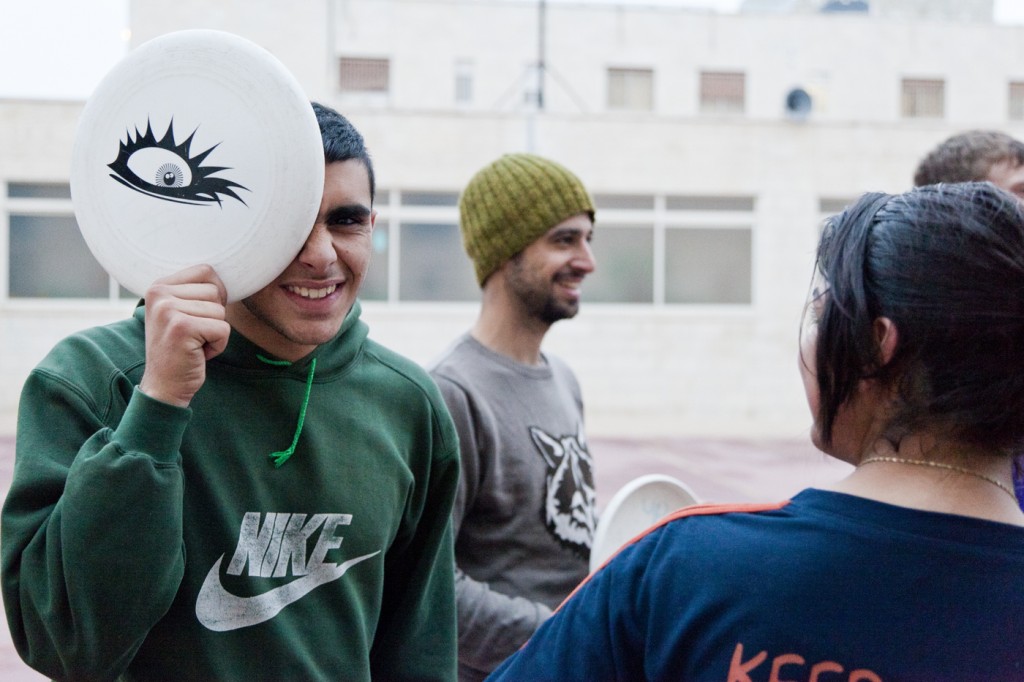 It was a lengthy, convoluted conversation against the backdrop of a simple city – hotels, restaurants, supply stores, couches and dresses for sale on the sidewalk, etc. As we waited for our caravan on the side of the road, I felt a small, cold slap against the back of my head and something drop down between my lower back and the seat. Cringing, I turned to find half of an orange slice. I have no idea how it got in through the crack in the window or if its thrower had malicious intent or just thought it would be funny to throw fruit at the white girls. I showed Johanna, who has been working in the West Bank for a number of years, and she laughed at me. This was the extent of hostility (or bizarre coincidences mistaken for hostility) that I would encounter in my time there. 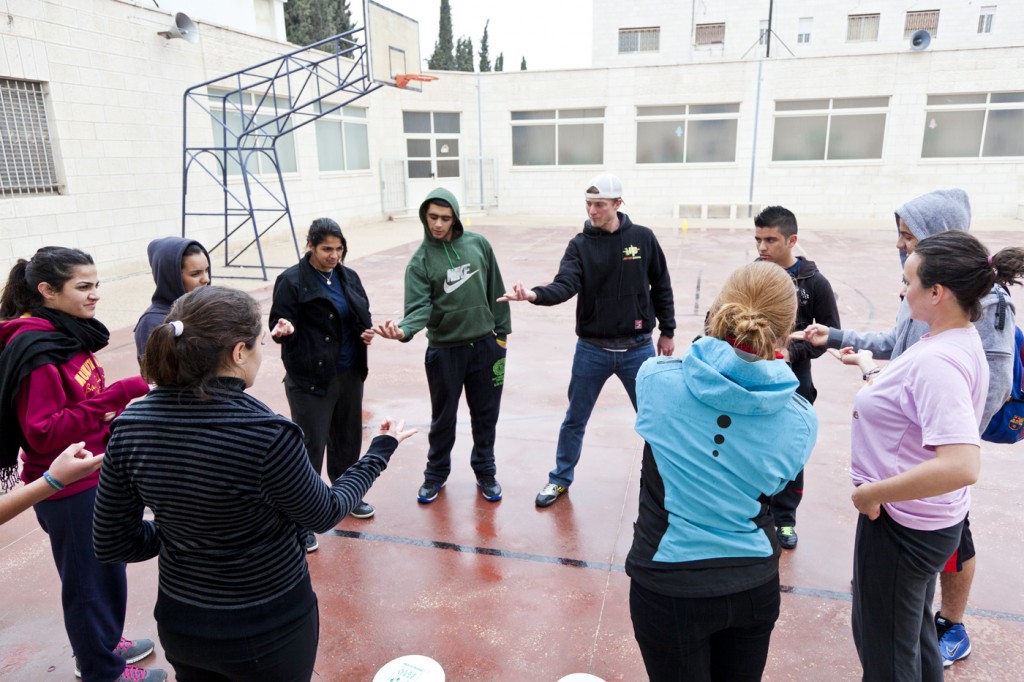 Despite my love for unraveling the entanglements of geo-socio-economic-political-ecclesiastical-hormonal social constructs, I’ve found no greater joy while living here than the simple act of cheering on exuberant ankle-biters whose language I can’t speak. For many years, I have avowed that I am terrified of children. And yet, I continue to insert myself into their inner sanctums – school yards, tutoring sessions, frisbee fields. And I keep coming away from the experience bleary-eyed and marveling at how revitalizing their spirits can be for those of us who are sloshing through the real world, sodden with self-importance. With children and with ultimate, the rules are clear and unassuming. Practice comprised of drills, laughter, sweat, frustration, compromise, high fives, and a bit of horsing around. We did a cutting drill and then asked the kids to scrimmage. Every time we transitioned to a new activity, they would take the opportunity to throw hammers (an upside-down throw) into the basketball hoop from the other side of the court. I made it on the first try (thank you very much), after which I decided to retire and donate my millions to establishing a nonprofit for the Replacement of all Nuclear Missiles with Oranges (J-RNMO!). 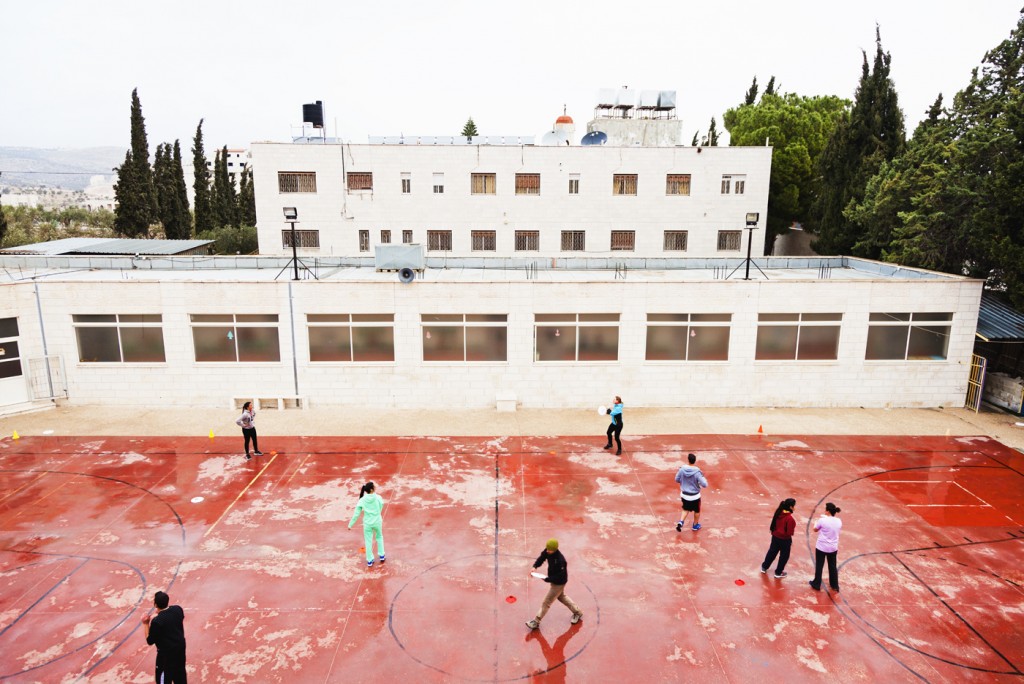 On the drive back, Johanna offered to stop by the wall and show me some of the artwork. The wall is smattered with messages of peaceful dissent: “Love Wins.” “This division will not stand.” Pictures of families and mothers crying and doves and trees and a small girl searching a soldier. There was a giant paintball splatter covering up the window of the lookout tower about 30 feet above my head.

I’m not writing this blog as a political statement, but simply to show a window into my afternoon with Ultimate Peace. I am humbly acknowledging my privilege to cross borders and build bridges; to see both sides of this wall that perpetuates both security and fear. As quickly as offense can switch to defense, so can the story painted in front of us. But with Ultimate Peace, we are reveling in the simple pleasure of throwing a disc around with whomever we please, and letting the game serve as our field for finding a common truth.

This post is an excerpt from Rachel’s personal blog: Avocados and Aspirations. 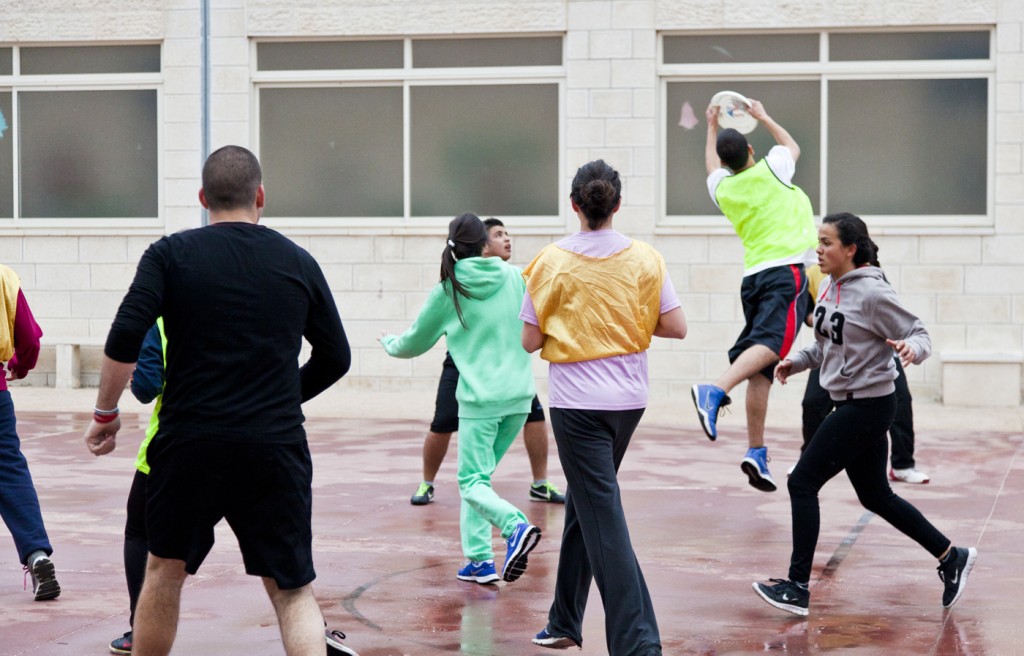 Photos from this blog are courtesy of © Antje Schley Photography. We were visited by Philipp Weiersmuller and Antje Schley, who have founded the organization Two to One and are currently on an intercontinental mission to connect artists and cooperatives to build bridges across cultures. Check out their stories and spectacular work and like them on Facebook!

One response to “Defining Truth”