UP Alumni Profile: Hosa - From Camper to Staff 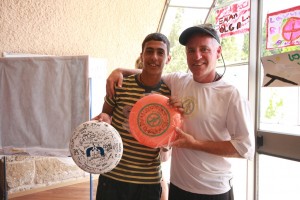 Love of the Game