The Ultimate Peace Tour 2014 finished its first week in the United States today, with groups leaving heading to separate places. Overall, the boys and girls tournaments, Atlanta-friend-making, and fundraising all went great! 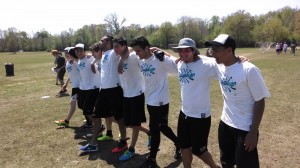 After a few days touring and speaking in New York, going to Atlanta was meant to be focused on playing ultimate. The boys played in the Friendship Round-Robin and the girls in Paideia Cup. We also had a couple of group dinners, a tour of the Martin Luther King, Jr. Center, and some shopping time 🙂

The Ultimate Peace Boys team enjoyed the Friendship Round-Robin, including three competitive games, a clinic with Chain Lightning and Ozone, and training with Edge Ultimate. Every team commented that it was the most spirited ultimate they had ever been part of. 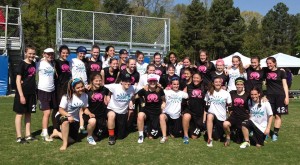 Other highlights include the warm sunny weather, playing acro yoga in Ben’s front yard, selfies, rides in the 15-passenger van, and all our new hosts and friends. Next up for some CITs is Chicago, others go to San Francisco, and others back to the Middle East. We are spreading out and ready for more fun! 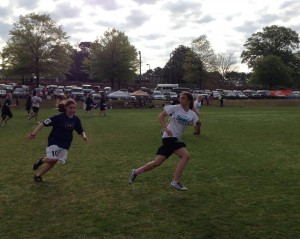 UP Tour 2014 Taking Chicago by Storm