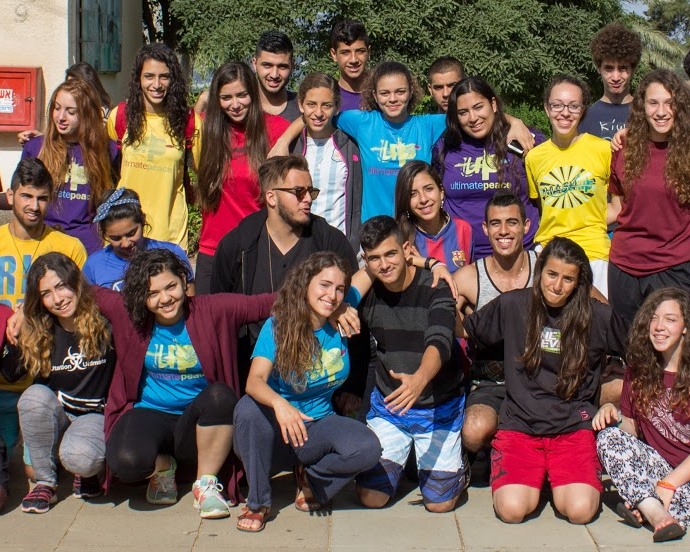 This past weekend featured back-to-back End of Season events in Ultimate Peace, highlighting the leaders-in-training (LITs) and UP’s year-round programming with hundreds of participants!

On Friday, more than 30 LITs with their staff began their last 24-hour meeting of the year. The first-year participants have grown closer over the year and planned a great half-day of activities for the upcoming Camp. The second-year LITs talked about their April Friendship Tour of the USA and discussed the approaching last year in the program. And the third-year LITs presented to program staff about their projects, many of which relate to expanding the reach and depth of Ultimate Peace.

One third-year LIT, Nevo, spent his spring break 2016 – two weeks – coaching every single UP practice during that time period. Since that time, he has been planning to host American LITs visiting the Middle East before and after Camp in July. This hosting involves communicating with families and teens in the US and Middle East, coordinating communication, information, logistics, and more. As a bilingual LIT from Kiryat Ono, a Jewish community, Nevo partnered with another third-year LIT, Feras, who is from an Arab community, Arrabe, to have three languages in the surveys.

There are two additional aspects of the LIT weekend that were extremely encouraging were. Firstly, that all three years’ LIT training programs Friday were led in part or whole by graduates of the LIT program itself!!! These junior staff are growing by leaps and bounds through increased responsibility, difficulty, and success! Secondly, that two third-year LITs led the tournament on Saturday. This being their second such tournament taking a leading role, they capably helped organize the format and fields as well as assignments of coaches, LITs, and players to teams.

We were very happy that Saturday’s “Friendship Hat” Tournament was a partnership with Fresh Ultimate. 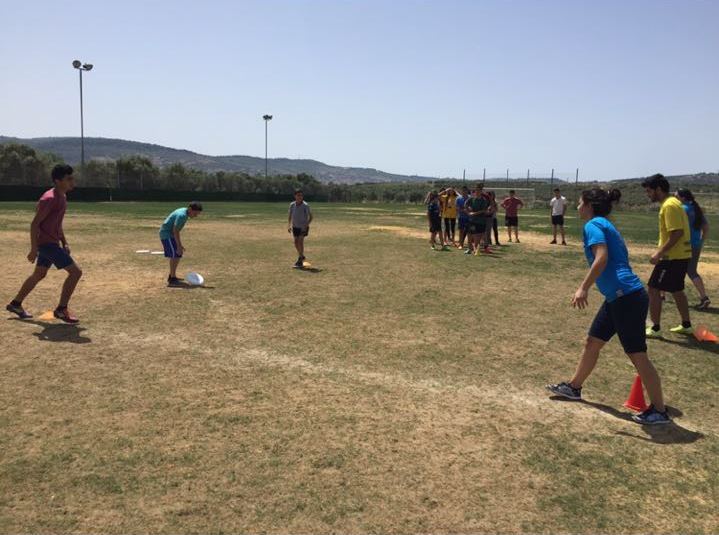 UP has been running practices in communities in the Middle East since 2009, at each practice we have at least one ‘Mentor’ coach – A UP staff member or volunteer who knows the game of ultimate and plans and runs the practice.  As the LIT program has developed, LITs have begun helping and taking on more responsibilities with practices.  Sometimes, when schedules and holidays collide, and we do not have a Mentor coach, practice has to be canceled.  It’s rare, but it happens.

This Friday, however was a UP first: A community practice planned and run entirely by community coaches with no outside help!  Arabe residents Yara Nassar, ’14 CIT (now LIT) Graduate head coached the practice along with 3rd year LITs Eman and Feras.  18 Arabe players joined practice, where they worked on give-and-goes and setting up a vertical stack quickly before playing an ultimate game.

This is a big new step in the development of the Year Round Program as a whole, and especially the LIT program.  As our LITs and LIT graduates become more skilled and self confident, we expect to be able to create more practices fully run by local coaches adding to the sustainability of the program. 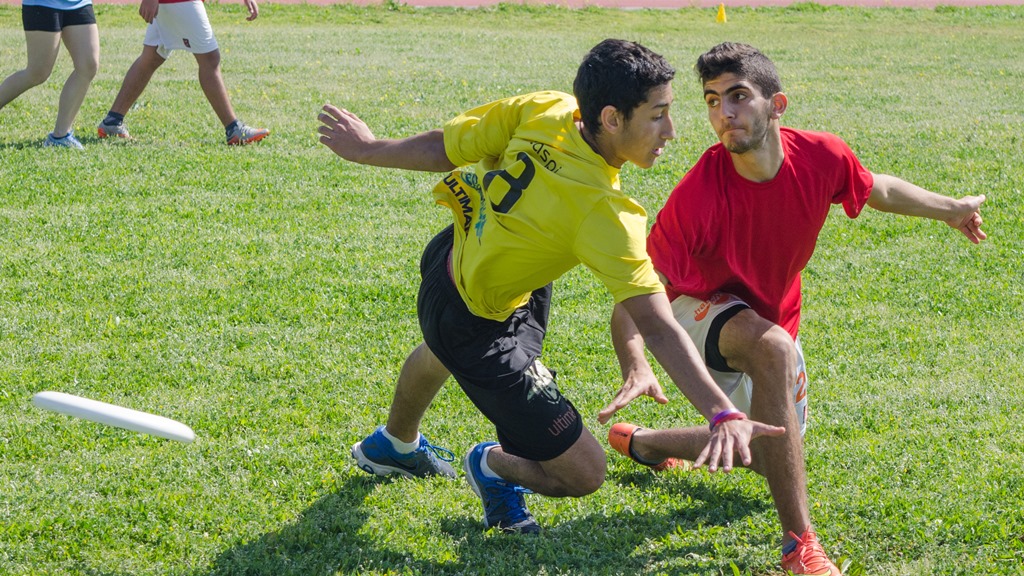 The second major event of the Ultimate Peace Middle East program year included more than 150 participants from Israeli Jewish and Arab communities!  At most UP events, players are put on teams with players from other communities.  This time, they got to play with the teams they practice with each week, a great opportunity for the players to put into practice what they are learning from their coaches on the field, as well as off the field.  The spirit was high as teams competed and cheered all day.

Once again, Leaders in Training took responsibility for putting together the event.  Some helped build the schedule, some helped coordinate their communities’ transportation, one took the pictures attached to this post, and many helped to coach their community’s teams across the six fields in two divisions.

A dozen or so volunteer coaches also gave of their Friday to coach with the community’s that they coach in.  There were even a couple of new coaches experiencing UP for the first time.

After the players left to return home, the coaches and LITs hung around on the field for a little ultimate of their own.  A spirited game followed where the 2nd year LITs had the opportunity to play together as a team in preparation for the Friendship Tour to Washington, DC and Denver next month.

When the field time expired, the coaches retired to a nearby restaurant for some much needed refueling before returning home.  The LITs, on the other hand stayed at the site and continued their weekend in discussions and planning.  The 1st year LIT group worked on getting ready for summer camp, and the 2nd year LITs continued their  preparations for their trip to the US. 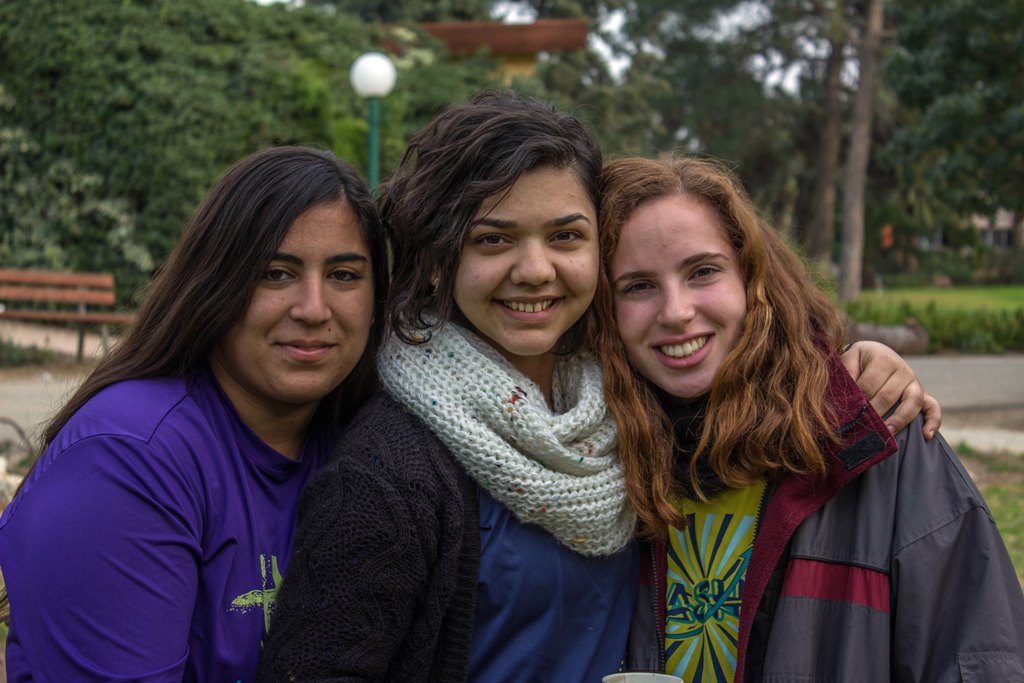 You’d think we would be hunkered down in the cold in late January, but things are just starting to heat up at UP. We hosted our 3rd LIT meeting of the year at a kibbutz down south (not far from our summer camp) on the 29th and 30th, and nearly 60 LITs spent over 24 hours working and hanging out together getting prepared for the big events coming up this spring.

Our 3rd years are getting ready to graduate into assistant coaches at summer camp, which means they are knee-deep in their individual projects. They are embracing ultimate-related projects like acting as TD for UP’s quarterly games – no tiny feat; and two LITs have logged over 35 hours in traveling to coach in both Arab and Jewish communities around the region. Another LIT is taking to the peace-side of UP’s work and conducting a series of identity and conflict-resolution dialogues within the cohort.

Meanwhile, the 2nd years are getting really excited for the USA Friendship Tour. The Oompa Loompa team spent the weekend discussing what shapes their identities, asking questions like how you get your accent and whether you get to choose your religion; and practicing for panel presentations for the tour. (Spoiler alert: we are heading to Washington, D.C. and Boulder/Denver, Colorado!!!!)

3rd years helped the 2nd years with pointers about the tour in fundraising and presenting, and then led a joint ultimate practice run by LITs and LIT graduates dipping our toes (or cleats) into zone defense.

The 1st years are in the pivotal stage where they shift from get-to-know-you activities to the work of the 1st year program: running the LIT day at camp. They dabbled in different decision-making strategies and chose their teams; then got to work on the ultimate field learning how to teach drills.

The weekend highlight was the Friday night activity: an ultimate rules scavenger hunt with trivia questions and demos built with the help of volunteer mentor coaches (thanks Chelsea and Yaya!). Teams comprised of all 3 years worked together to solve tricky questions about pulls, travel calls, and marking and receiving fouls. Head coaches: we’re hoping you can keep this learning going in the local communities by encouraging them to use their knowledge of these rules in on-field calls and discussions.

The groundhog said spring is coming and it’s only a couple more weeks until the next LIT meeting. This is going to be a special meeting as we are coupling it with our quarterly games, so it looks like February 26th-27th is going to be a big weekend for all of Ultimate Peace!